The lives of Nimrod and Abraham stand in sharp contrast to one another. Nimrod was born a few decades after the flood had destroyed the world. Growing up with toil and hardship, he decided to rise from the slums of a post-flood world and build civilization. He became a man of success, celebrated by his contemporaries, a “mighty one”. But this pagan king did it all for his own glory.

Abraham on the other hand, did not built civilization, but left Ur of the Chaldees in obedience to the call of God. Ur was the capital of Sumer, a thriving coastal city along the bank of the Euphrates. An ingenious irrigation network provided the fertile soil with water for agricultural pursuits. Cuneiform writing was invented here. There were schools and plenty of business opportunities. Why leave the city? Why leave this thriving civilization?

Abraham left because God called him out. The builders of Babel wanted unity; God wanted separation. As it was then, so it is today. Nimrod and the Babylonians built a tower and a city to their own glory. Abraham left the idolatrous city and lived as a pilgrim and stranger on earth, building altars along the way to the glory of God. An altar may not be something great in the eyes of men, but Abraham honoured God in doing so.

The Babylonians sought their own honour, saying, “Let us make a name for ourselves”. But God said unto Abraham, “I will make thy name great.” God will honour them that honour Him. The greatness of Abraham is seen in his life of faith and self-denial. He not only built altars, but also lived a Christlike life of sacrifice and obedience. Abraham’s greatness is his Christlikeness.

It is time to rebuild the altar, even if this means we must leave off building our ivory towers. We must follow in the footsteps of Abraham and become less like Nimrod. It is time to restore the family altar to its proper place in the worship of the one true God. Let us worship God in Spirit and truth, both at home and in the church.

This insightful sermon is full of deep thoughts that I hope will enrich your spiritual life and be a blessing to your own walk with God. Enjoy! 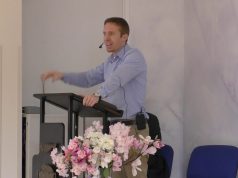 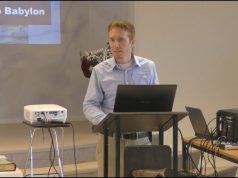 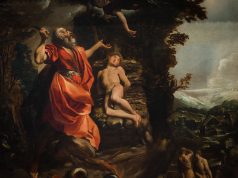